There are no comic book shops in Juneau. I came to this depressing realization after living here for a few months. The grocery stores are the only places in the city you can go to and get comic books. The Selections at the grocery stores are minimal and poorly handled by the staff that stocks the magazine racks. You just want to slap some comic book edict into every store employee that walks by.

Last Saturday I forgot about all of that. Last Saturday, everything changed for just one moment. I was at the “Friends of the Library Book Store” by the airport with Hannah. This is a store where people donate old and used book to be resold. Just as we had finished browsing and started to walk out the door I gasped.

“You have comics?” I said pointing to an old bin with haphazardly placed comics books.

“oh yeah, just that one bin though” she replied.

I gently dug through the bin while Hannah waited. Inside I found what was to me, a small treasure. Comics like the first issues of “The Crow” and “Marvel Universe” and “He-Man”. I could not believe it. I kept on digging and found the first few issues to the “Marvel Saga” and “Rawhide Kid”. But then I struck pay dirt. 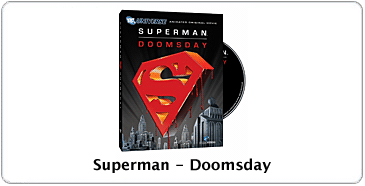 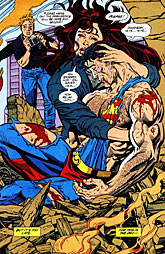 The storyline was very engaging and sad all at the same time. When someone like Superman dies it really does affect you. At the time it affected a lot of people. Not just comic book fans. To many people see Superman is more then a comic book hero. He represents hope, freedom, and goodwill. He is all that is good in everyone single one of us. So his death hit a lot of people hard 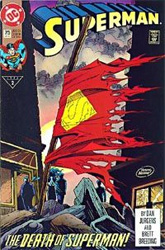 The comic book also had some very memorable quotes.

“Enjoy your reign while you may, Superman.
For as surely as night follows day…
There comes a time when even gods must die.”
– Lex Luthor –

To get back to the DVD. It did not find it very good at all. Bad acting, Bad Art, and a very inaccurate telling of the story. But the thing that makes this DVD worth owning and what makes up for all the previously stated flaws are the extras. Included on the disk is “a retrospective look at how the Death of Superman comic came to be”. You get to see how the story line for the death of Superman came to be. How the writers get together and write out the storyline. Its all very interesting and historical. I had no idea any of this was going to be on the DVD when I picked it up but I’m glad it was because I don’t feel like I waisted my money as a result. 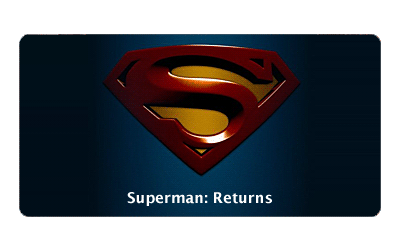 Superman. The name and the symbol instill images of truth and justice in all of us around the world. In a world where we have no control over politics or global changes, here is a man who is able to do things we all wish we could do. He is the good that is with in all human-beings. He gives us hope and a resin to cheer again. Super, is the only way to describe a man who is cable of doing things that we can only imagine.

Saturday Hannah and myself went to see Superman Returns at the movie theater. It was simply amazing. All the power and strength that you know Superman has you can really see truly for the first time in this movie. We had watched the first Superman movie the week before so we could be a little refreshed on the story line and the characters. It helped to see the first movie again but it’s not a requirement at all. This was also the first movie i had ever seen where the audience cheer at through out the movie. i left feeling really good.

Their have been 4 Superman movies starting Christopher Reeve and to be honest, Superman 3 and 4 where bad. So bad in fact that the director of Superman Returns (Bryan Singer) is saying that his movie is to replace movies 3 and 4 and be the new 3. So when going to see this movie try to forget movies 3 and 4 if you have seen them.

So if you get a chance, check this movie out. let me know what you think. 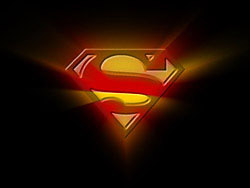