My dad came up to Juneau to visit recently. He came at a good time because we have been having some amazing weather up here. Mid to high 70s with very little overcast or rain. We are  having a good spring and summer this year that’s for sure.

While he was here we did all the normal sight seeing stuff like visiting the Mendenhall Glacier, Eating at the Twisted Fish, Checking out the Shrine of St. Therese, ect. 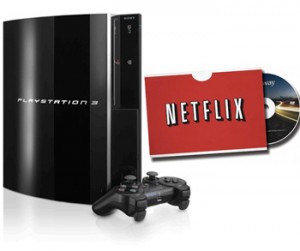 One of the unexpected things we got to do was to watch some Persian movies in Farsi. I discovered that Netflix has a great foreign selection. I was able to do a Google search for some movies in Farsi that won some awards and queued them up to stream to my PlayStation 3 so we were all able to watch the movies on my television.

All the Farsi movies I found on Netflix where subtitled in English so we where all able to follow along with the movies.

This is pretty self explanatory.

The last couple of times I have gone back home to Washington State for a vacation, I have caught a film on P.B.S. called “Alone in the Wilderness“. It’s a film my mom and brother Abe, really enjoyed and they thought I would too.

This film is more of a documentary about Richard Proenneke, who retired in 1967 to Twin Lakes Alaska where he built his log cabin  home by hand, and all by himself. The film consists of shots of Proenneke performing tasks around his cabin, canoeing and walking, and views of wildlife, along with narration. For shots of himself (since he was alone), Proenneke fixed the camera in place, and then performed his tasks. This would necessitate him returning to the camera after walking or canoeing away.

Proenneke originality was creating this video intending to be used as step-by-step instructions for creating a hand-built structure. He lived in his cabin for 30 years, only returning to the lower 48 states occasionally to be with family.

In 1999, at age 82, Proenneke returned to civilization and lived the remainder of his life with his brother in California. He died of a stroke April 28, 2003. He left his cabin to the Parks Service.

After my last post, I stumbled on some YouTube videos about the dangers of playing Dungeons & Dragons. Like this 1985, 60 Minutes story below. You also get to see Gary Gygax being interviewed.

Those of you who are fans of the show “How I Met Your Mother” know about Barney’s “Get Psyched Mix”. The Get Psyched Mix is an audio CD that the character Barney on the show made with the idea that a good music mix dose not have to have highs and lows. But can be all rise! As he stated on the show, his Get Psyched Mix is nothing less then an audio journey to the white hot center of adrenalin.

This has inspired me to create my own Get Psyched Mix that is nothing less then all rise it’s self.

I started Netflixing the show “Freeks and Geeks“. There is a scene in the first episode that when I saw it I just went “whoa”. It’s the scene when the character Nick Andopolis, shows his drum set off to Lindsay Weir for the first time. It reminds me so much of myself in high school. I just had to share it. It’s totally awesome!

I read some sad news today

Majel Barrett-Roddenberry, the widow of Star Trek creator Gene Roddenberry, died today of leukemia at her home in Bel-Air at the age of 76. She went peacefully…