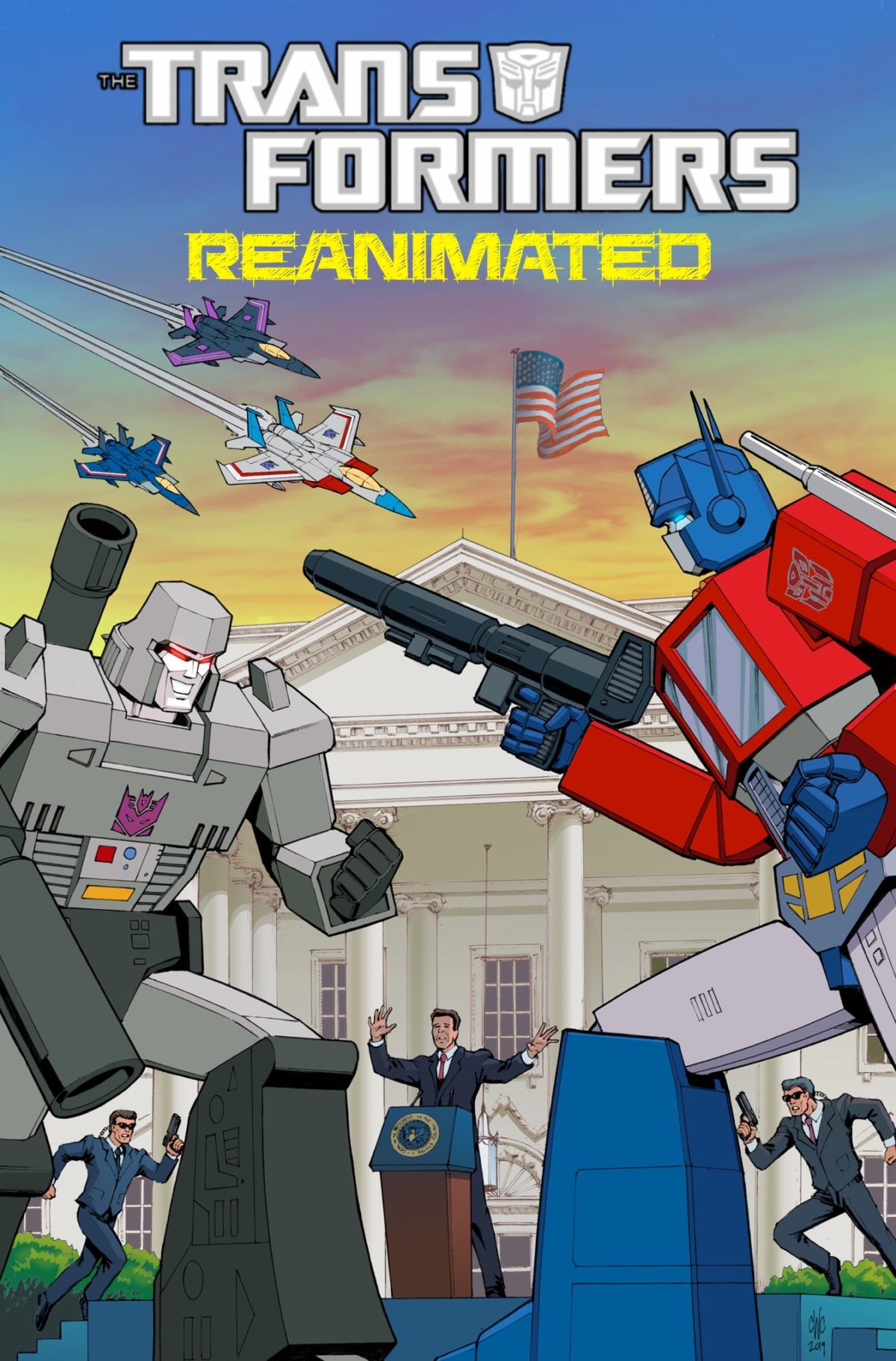 With a writing partner Greig, we wrote a Transformers G1 comic book script that takes place in the original 80s cartoon continuity. The actual elevator pitch for the project reads: Based on the original cartoon series, The Transformers: ReAnimated, bridges the gap between the end of the seminal second season and the 1986 Movie that defined the childhood of millions.

Following the advice of a friend and mentor within the comic book publishing industry, we submitted our script to IDW Publishing and were promptly rejected. Not wanting to see our hours of hard work and hundreds of personal dollars thrown away that we put into to presenting this script to IDW Publishing, we decided to release the script as fan fiction on the website: Transformers: Reanimated.

The response to issue 1 was beyond anything that Greig and I could have imagined. There clearly is a hunger for true Transformers G1 stories. For the time being Greig and I are going to feed that hunger by writing more scripts to be released monthly.

If you want to see what I have been busy with and enjoy some good Transformers G1 awesomeness, head on over to Transformers: Reanimated and let us know what you think!