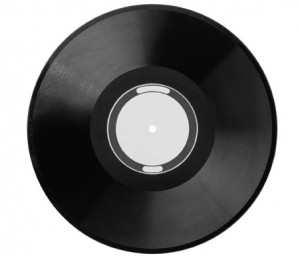 I really love music. All of my life music has played a big part in it. I remember at a very young age listening to vinyl records on my father’s Sony turntable home stereo system. I would listening to records for hours and hours. When CDs first came out I started buying them. To this day I still buy CDs and have a pretty large collection.

When MP3s started to make an appearance in the 90s they had one large advantage for the causal listener and one large disadvantage. The advantage being that file size of an MP3 file was is very small. You could store hundreds of MP3 encoded songs on one CD. This was huge and lead the way for music players like the Apple iPod.

The big disadvantage to MP3s for people like me was that since the audio was compressed to be a smaller file size you could hear the compression or the missing audio data when listening to an MP3. This drove me nuts!

I have friends that to this day swear up and down they can not tell the difference when listening to a song on a CD or when listening to the same exact song from an MP3 file. To me the differences have always stuck out like a sore thumb. Which at times I can’t even believe since I have been a rock drummer for so many years and I have to be experiencing some form of hearing loss by now.

So, because I can tell the difference between the lower quality audio as a result of an MP3 file and a CD I have just always bought CDs.

Very recently I have been educating myself on the virtues of the Free Lossless Audio Codec, or FLAC for short. Because FLAC is a lossless audio format it sounds just like my CDs sound. I can not tell the difference when I am listening to a FLAC audio file verses listening to the same song on CD. Everything I have educated myself about FLAC says that there really is no audio difference between the CD audio file and the FLAC audio file. The lossless audio codec was specifically designed for audio and the resulting file will drop down to at least 50% if not more of the original audio file from the CD.

So, why do I care about all this? Why don’t I just continue to listen to my CDs? Well, I do still listen to my CDs at home, but we now live in a world with lots of portable devices that were made for our connivance. I would like to take full advantage of my devices.

When Apple announced the iPhone 4S, I ordered one right away. At the same time I started researching FLAC audio files as a solution for my portable music listening pleasure. I found the following FLAC audio encoding guide and FLAC audio player ‘Golden Ear‘ for my iPhone. I also ordered a pair of really great headphones that I can’t say enough good things about right now. Sony Dynamic Stereo Headphones MDR-7506 Professional. 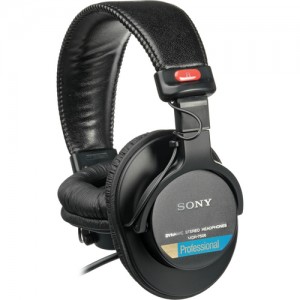 Based on the audio guide I found I started encoding my CDs right away. I received my headphones a few days later and then my iPhone 4S arrived. I purchased and loaded a copy of ‘Golden Ear’ on to my phone and transferred over a few songs to test out the application and my head phones. I was amazed! Every song sounded wonderful and crystal clear. The ‘Golden Ear’ audio player works a lot like iTunes for the iPhone. You have the quick access controls from the home screen as well as a play list of music to scroll through and choose from.

If you are really into audio quality like me, I can tell you I am so happy that I found this solution. I wish I had found it sooner. It would have saved me years of frustration.