Having read the “Dungeons and Dragons Fourth Edition RPG Starter Set” a few times now my mind is filled with questions about the game. But the over all question I have is How dose this all work? I wanted to start finding people here in Juneau with D&D experience that I could ask my questions.

One of the first places I tried was a used books store in down town Juneau called Rainy Retreat Books. There I met a very nice gentleman by the name of Royce Metz. He and I got into a long talk about Dungeons & Dragons. He did his best to explain to me the differences of Dungeons and Dragons 3.0, 3.5, 2.0, 2.5, and 4.0. He gave me some great advice about playing the roll of the Dungeon Master. 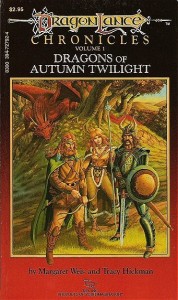 He also suggested the first three books from the DragonLance Chronicles to read. That the books would give me some good ideas for adventures and quests. So for a few bucks I picked them up.

I also went looking online for advice. I figured that I could not be the only person online blogging about the journey to learn Dungeons & Dragons. But after many Google searches I came back with two links I think are worth mentioning at the moment.

The first one is from Wizards of the Cost. They are the current publisher of the Dungeons & Dragons books. They have a pod cast section on their website. In particular they have a pod cast with the guys from Penny Arcade and Player Vs. Player playing Dungeons and Dragons that can be found here. I have found this so helpful! You can listen to them play D&D 4th edition, and get a real good feel of the game mechanics and how everything works together! I think this is one of the most helpful things I have found.

The second link I found is for a website called Newbie DM. This is a guy who blogs about Dungeon Mastering and the tips and tricks he has found that works best for him. For me it’s been an interesting read learning how this DM runs his games and the tools he finds useful for himself and his group of adventurers.

I still continued to look around for people to talk to who have had experience playing the game. I even spoke with my older brother Reza, about this on the phone. I asked him if he had ever played Dungeons & Dragons. To my astonishment he had when he was a high school junior in Vancouver Washington. (My older brother is just as much of a geek as I am!)  Aside from needing the three core rulebooks, he told me a story about D&D. That back when I was much younger and we all used to live in Gridley Kansas, he had heard that a kid from near by Greenwood county, had killed himself. That one night while he was playing Dungeons & Dragons with some friends, his character had been banished to the Netherworld. This kid felt that the only way he could save his character from the Netherworld was to kill himself so he could go in after him. As my brother was telling me this story, I told him that I recalled hearing a version of it from my past. I might have even over heard Reza talking about this story with his friends or with our parents. 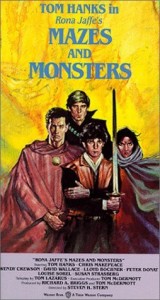 I can’t help but wonder if the story my brother and I heard was somehow related to the story of James Dallas Egbert III and what is refered to as the Steam tunnel incident. The steam tunnel incident is a set of urban myths wherein players enacting live action role-playing games perish. Mazes and Monsters is a 1981 novel based on inaccurate newspaper stories about the disappearance of James Dallas Egbert III from Michigan State University in 1979. A 1982, made for T.V. movie called Mazes and Monsters (staring Tom Hanks) was based on the book. Just for fun I have added the movie to my Netflix Que.

So some time has passed since my first Dungeons & Dragons post. Since then I have been doing some more research online. I have learned that their have been several versions of the game have been released since 1974. The current version of Dungeons and Dragons is Version 4.0. It’s supposed to be a lot easier for newcomers to the game to grasp. In my case, I take that as very positive news. It was also encouraging to find that I am not the only one learning how to play the game. Gabe from Penny Arcade has also been taking steps to learn how run a D&D game as you can read on the Penny Arcade blog. 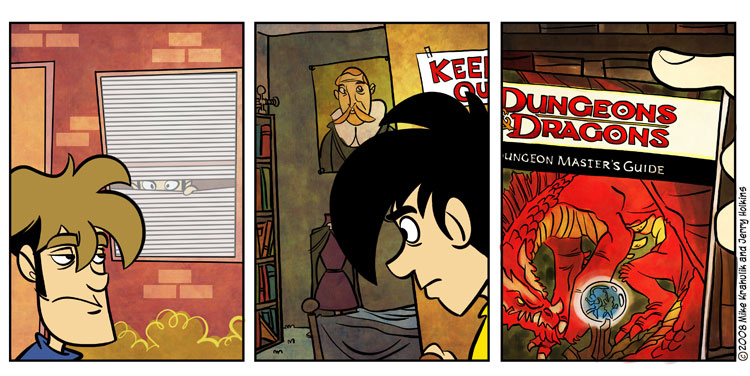 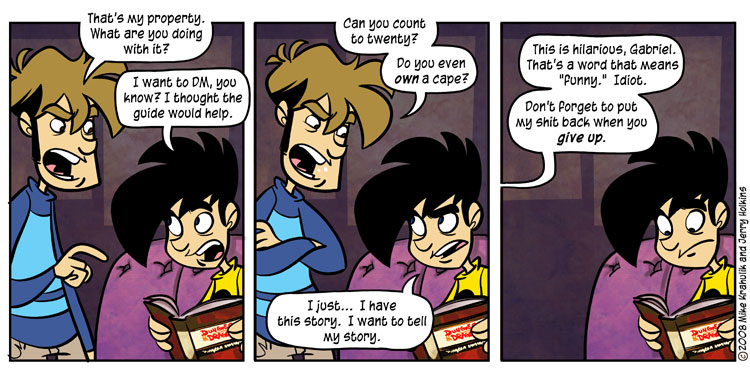 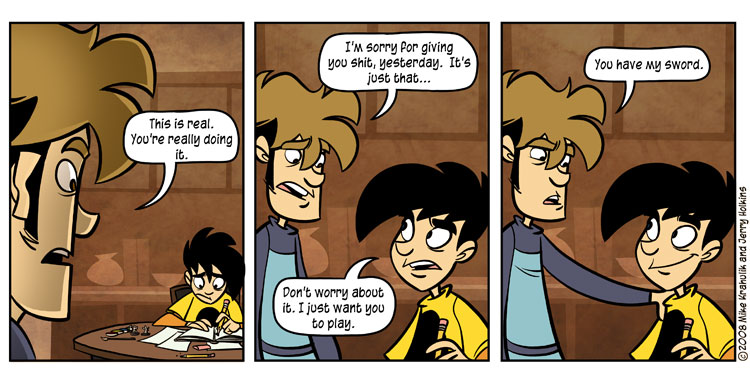 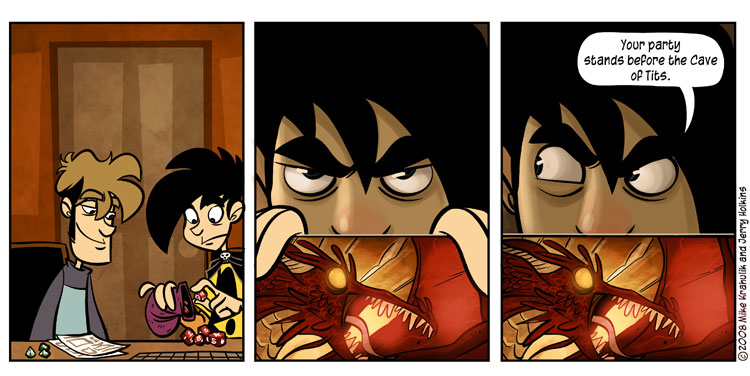